WebDriver shows growing popularity for many years and at least for past 4 years it is number 1 player on the market of web test automation solutions. The growth hasn't been stopped yet. The WebDriver exposes open interface and it's server side API is documented in W3C Standard. Thus, a lot of people can implement their own back-end API and expand technology support. So, WebDriver can become more than another option among web test automation tools list. It may become (if not yet) the most wide spread test automation platform so that the term of UI test automation may be replaced with another term like Web-Driving. In this post I'll describe where the WebDriver solution "web-drives" us to and where are the areas of further growth.

Previously I've described basic report samples based on Cucumber-JVM. Since I'm using this reporting solution on practice quite frequently the number of requirements and enhancements grows so since last time I had to add some more additional features which can be in use. 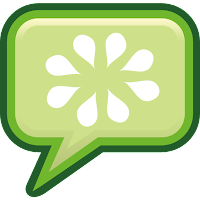 Some of new features are:

All those new features are included into 0.0.5 version, so we can add Maven dependency: or the same thing for Gradle:

Since Cucumber failed tests re-run functionality was described before in this post I'll concentrate more on detailed results report features.